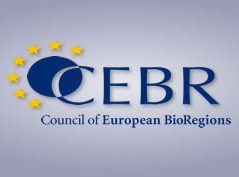 The Council of European BioRegions (CEBR) is a network of biotechnology support professionals that support their local biocommunity through direct services including networking, incubation, partnering and cluster promotion. It is the first network of its kind to bring together such organisations and members will develop and implement new biotech support activities across Europe. After the first full 3 year term of CEBR asbl, the board is being refreshed. From February 1 2016, a new board term will commence, with board members approved by the General Assembly according to the asbl handbook. Following a nomination process last year, CEBR has 10 new board members from 9 countries, including Atlanpole Biotherapies ‘s Marketing Manager, Gregory Bauer.

Note: the 11, 12 and 13 May 2016, Nantes will host the general assembly of the CEBR, co-organized by Atlanpole, and alongside two other highlights for professionals in the world of innovation: the RETIS National Congress ( the french network of technopoles, BICs, and public incubators) and the European Meeting of members of the IASP network (the worldwide network of science parks and areas of innovation). More information

To learn more about CEBR