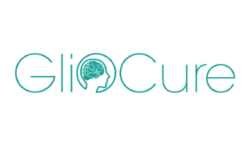 GlioCure SAS, a biotechnology company specialised in neuro-oncology, announced that it has been granted an Indian patent for its drug candidate GC01 used to treat glioma, the most common primary tumour of the central nervous system, the most aggressive form being the glioblastoma (grade IV glioma).

This patent, invented by Drs Alan Peterson, Raphaël Berges, Julien Balzeau and Joël Eyer – co-founder and member of GlioCure’s scientific and medical advisory team – was granted to the French National Institute for Health and Medical Research (INSERM – France), McGill University (Canada) and Angers University (France) by the Indian Patent Office under the reference 349805.
Entitled “Use of a Neurofilament Peptide for the Treatment of Glioma”, this patent, for which GlioCure has been granted an exclusive global sub-licence, protects the GC01 drug candidate up to 14th December 2030. GC01 is now protected by two families of patents in Europe and North America, and by another patent in Japan, China and India, covering half of the world’s population and all the world’s major pharmaceutical markets.