XENOTHERA, created in 2014, is a Nantes-based biotech company which develops “humanized” polyclonal antibodies. Their technological platform is based on dual expertise in animal genetics and a mastery of immunology. The company has a complete portfolio of products, the first of which, LIS1, an immunosuppressant for transplants, has been in clinical trials since 2019. XENOTHERA is part of the Nantes scientific, medical and academic environment and is supported by the Pays de la Loire region’s Atlanpole competitiveness cluster. Since its creation, the company has raised 6 million euros in equity and has received support from the BPI. For more information go to www.xenothera.com 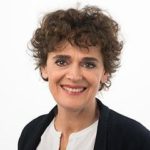 “To be free, or to submit… in these times of confinement, of possible solitude, of deconfinement, we are each of us brought abruptly face to face with this profoundly human dilemma. Living in a regulated environment, accepting simply because it is the law, or because it is right, in the moral sense of the term, right for me, and / or right for the community. We are faced with a hierarchy of values, and it is not always clear which way the ethical path lies. For the XENOTHERA project, the question is less acute, but there is a similarity nonetheless. A balance must be found, between the legitimate and urgent desire to treat patients, an entrepreneurial impulse that seeks to bend reality according to its desire, and compliance with the thoroughly respectable regulations developed by society, which sometimes slow things down. For XENOTHERA at this time, submitting to expert opinion (see our news) is a comfortable safety net because ultimately, in our dealings with cooperative and competent partners, it is in this submission that we find our zone of freedom.” Odile DUVAUX, President of XENOTHERA

The news this week is the formal response from ANSM regarding the XAV-19 project. ANSM is the French agency that ensures the safety and regulatory compliance of all clinical trials taking place in France. It is the independent party responsible for approving the approach of pharmaceutical companies wishing to test new treatments or vaccines. For XENOTHERA, the conversation started a month ago, and in mid-April a formal meeting was set up with eleven experts. This week, XENOTHERA received notice of ANSM’s commitment to the next steps. This decision clearly confirms their approval of the approach to the clinical trial, of the safety of the XAV-19 product, and of the evidence that XENOTHERA must provide before being authorised to administer the treatment to patients. This decision means that XENOTHERA can confirm the extremely ambitious schedule that the company drew up in mid-March, namely treatment of the first patients in July.

“The XAV-19 project set off six weeks ago. And at a time when few TGVs are running, we can safely say that it set off at high speed. This unprecedented time of epidemic, worry and even fear, of sometimes painfully lonely confinement, is also conducive to major impulses, to the desire to brave the impossible. This is the story of our XAV-19 treatment project, which from the start relied on generosity and a desire to contribute to the common good. A small Nantes-based biotech company throwing itself into the fight against a virus may be somewhat reminiscent of David and Goliath, but we rose to the challenge, encouraged and supported by many of you. And success is within our grasp. Alone we achieve nothing, but together I think we are moving a mountain. The purpose of this letter is to let you see the steady progress that we are making, week by week. After a month, it was time. Thank you for your patience!” Odile DUVAUX, President of XENOTHERA

The scientific news for XAV-19 over this period is marked by a few key moments. 2nd April, presentation to REACTing, an Inserm consortium of French research institutions commissioned by the government to prepare for health crises linked to emerging infectious diseases. Result: positive, meeting Care committee criteria (Emmanuel Macron’s scientific council). 16th April, presentation of XAV-19 to ANSM, the regulatory authority that issues clinical trial authorizations. This meeting marked an essential milestone because it validated the scientific approach of XAV-19: confirmation of phase II clinical trials, validation of our approach on product quality and the entire purification process. The other news is of a financial nature. On 30th March, XENOTHERA made an appeal for donations, encouraged by people who have offered to help the company financially. Citizen momentum, generous and invaluable, produced one hundred thousand euros, but above all increased our visibility, prompting politicians to support XENOTHERA. Next, we received support from the Pays de la Loire region, with a subsidy of two hundred thousand euros, made available immediately. More recently, Nantes Métropole has also committed to supporting the company with a matching amount, via an anti-Covid19 intervention fund which is currently being set up. In total, more than five hundred thousand euros were contributed to support development of the treatment. The next steps are being prepared, confidently and enthusiastically. The XAV-19 program must be funded according to XENOTHERA’s needs for forward progress! This brief summary does not give proper credit to all the daily contacts, the mobilization of an entire team of different allies working on the XAV-19 project, to those who follow and commit to XENOTHERA, offering their expertise and their time, and of course the constant involvement of the company’s employees. The manufacture of the first clinical batch of XAV-19 starts in ten days and XENOTHERA is ready. If all goes according to plan, the Nantes-based company will achieve its initial ambition, for the benefit of patients.